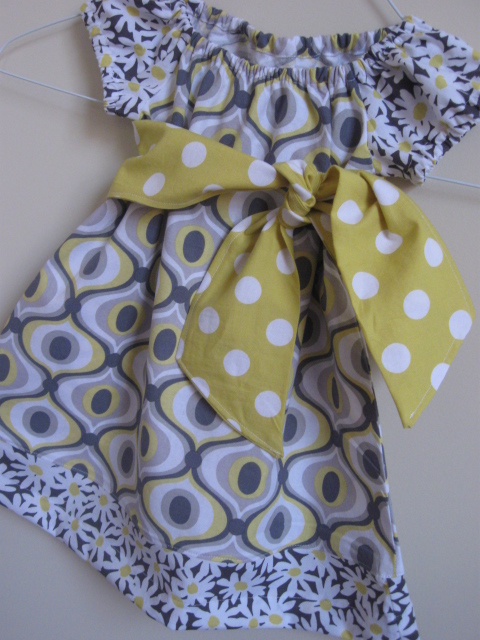 Oh my Sweet Pickle Tree, how I have missed you!
I am so excited to re-open my shop on February the first! 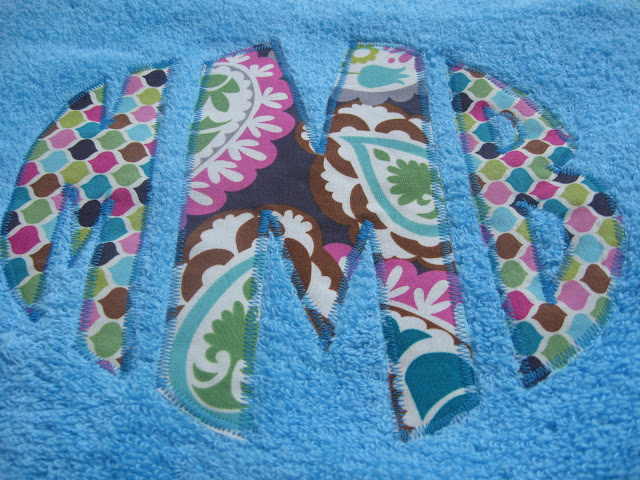 I closed down for a little hiatus over the holidays! 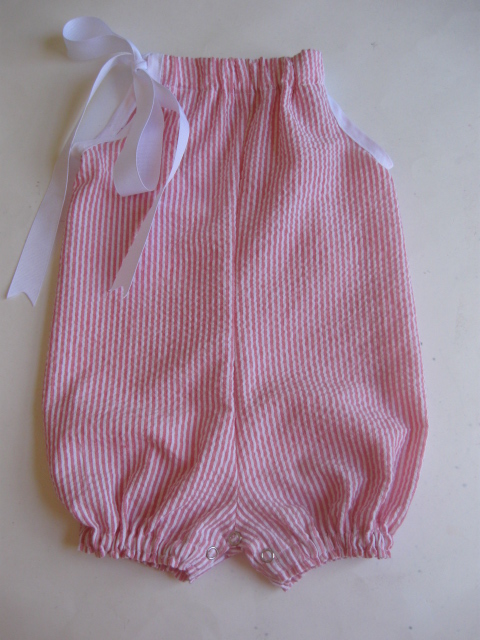 It was fantastic to spend time with my family. I closed on November the 30th and actually got the last of my orders done the weekend before Christmas, so I had a nice little bit of down time! 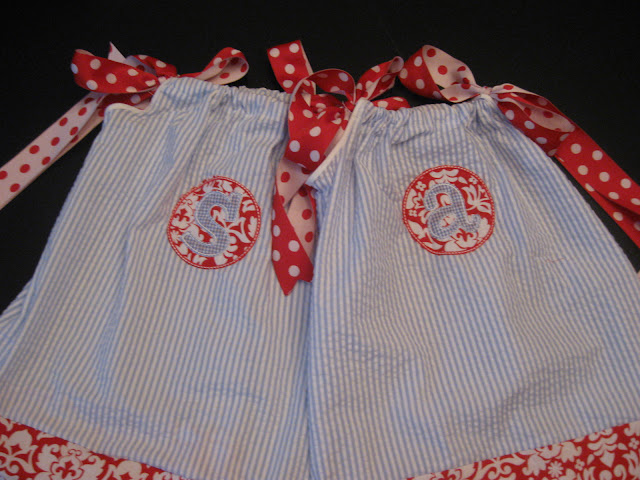 As much as I enjoyed that down time, I could not keep visions of seersucker and peasant dresses with sashes from dancing in my head! 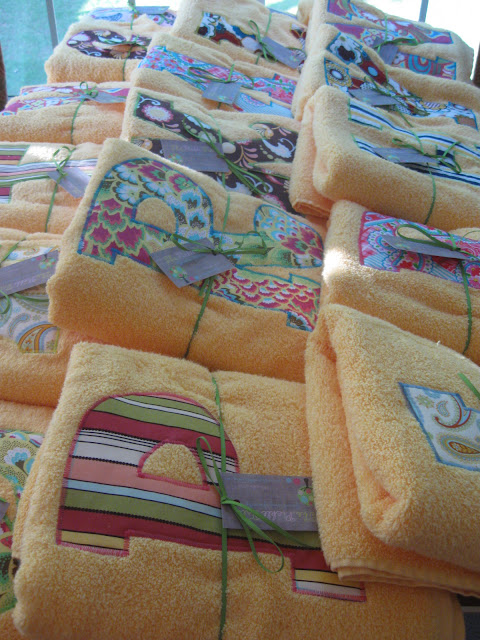 I just love creating new looks, so I am excited to be re-opening with some new items! 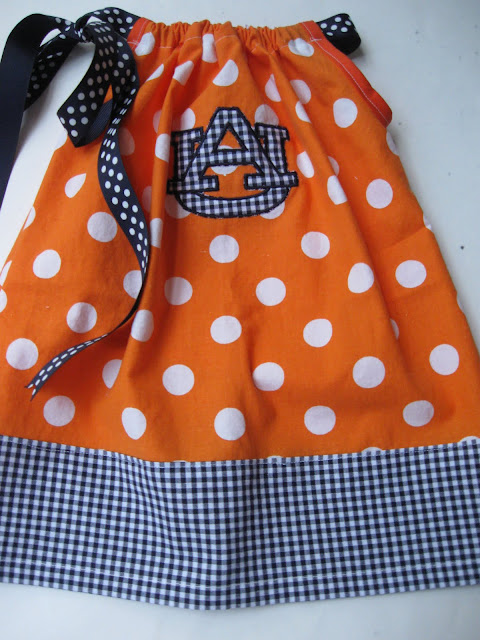 I have decided to keep the shop trimmed down to a couple of basics, though, because I am expecting baby boy number two in June and I know I will need to take if kind of easy. 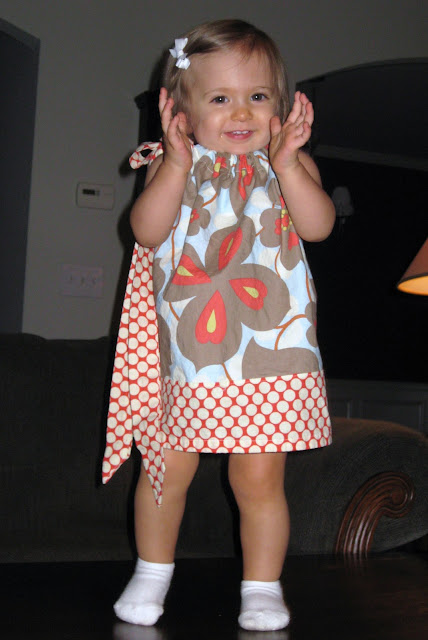 This little Etsy shop has been so much fun for me. I love getting to meet new people and share ideas with them! 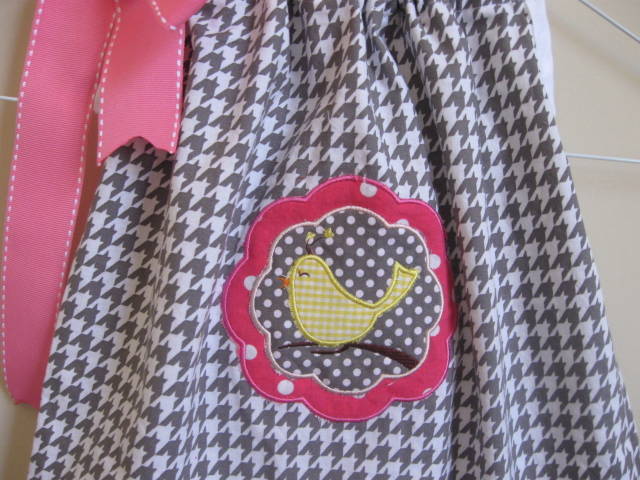 I have always had a creative mind and this at home business really allows me to nurture that part of myself like no other aspect of my life!
I also work a full time job. I am a designer for a new homes construction company. Yes, yes...I know that seems to be a pretty creative job. It does have it perks, but still, The Pickle Tree allows me so much creative license and I JUST love it! 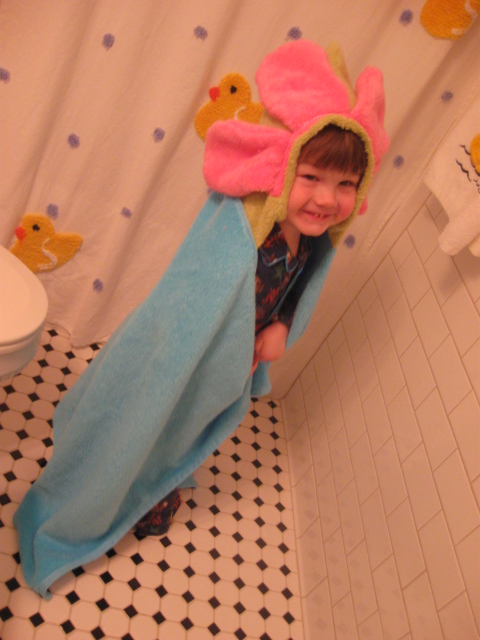 Having a business that I run out of my home allows the whole family to get involved! That is my sweet son modeling the flower towel for me! Poor guy...I really need to get to work on a hero design for him! 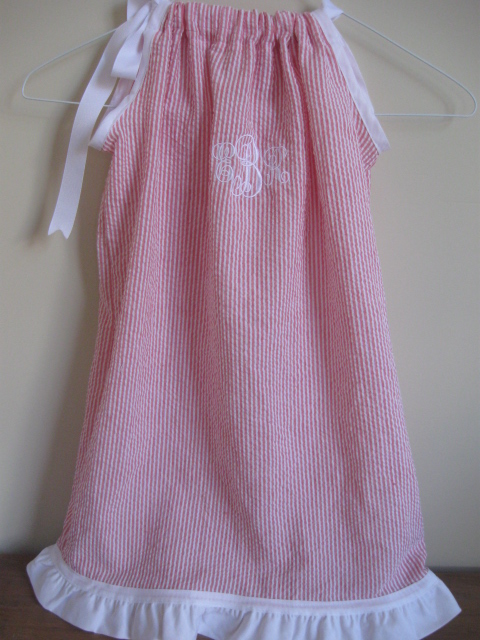 So come on over to the Pickle Tree and take a look around. There are sweet things for the kiddos and the Pickle Tree monogrammed towels are a favorite for all ages!
While you are shopping, be sure to hop on over the Kelly's Korner and check out the rest of her "Show Us Your Life, What I make or Sell" post! There are sure to be many many cute things!
Posted by Pickled Blu 3 comments:

I keep forgetting to say that we found what we are having!!!!!!!!

It's a BOY!
Blu is getting a baby brother!
We are so excited!
Jack had it in his head that it was a girl, and he still gets hung up on that a little bit.
When I say something to him about his little brother, he says..."why do you say brother? It is a girl?"
He is starting to come around, though. He told Big D the other day that the Dr. TOLD us it was a boy. That is what we say when he insists it is a girl. "No Jack, the doctor said that it is a boy".
So I think he starting to get it!
I have already made Jack a Big Brother shirt. I am excited now to make a matching one for the new little munchkin.
Now....the name game begins!
Posted by Pickled Blu No comments: 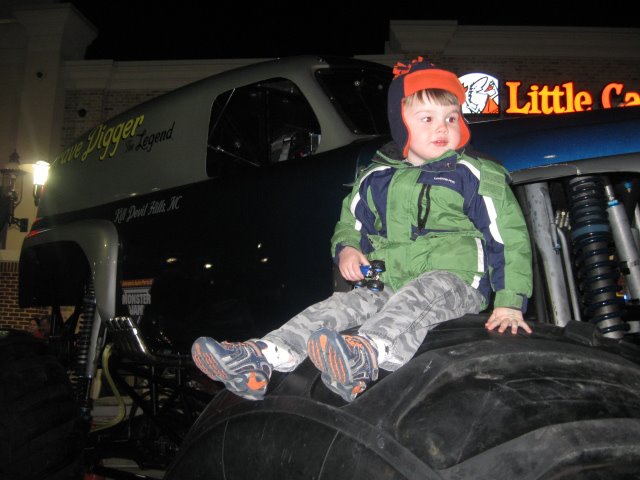 Well, we have quite possibly started a new family tradition. We went to our first Monster Jam truck show downtown and we all had a ball.  It was a TOTAL monster truck weekend!  We kicked off the weekend on Saturday night with a trip out to Dallas GA to the Little Ceasars to see Gravedigger Legend. They had a lot of different trucks around town for people to come and see, but since Gravedigger is Blu's favorite, we decided to make the trek! 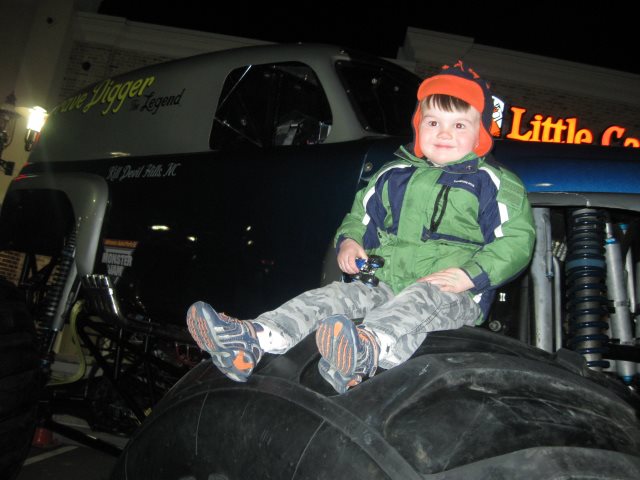 It was SUPER cold! But it was SOOO worth it! Blu had been pretty close to a monster truck before when we went to the little show at Dixie Speedway, but to actually sit on the tire blew his little mind! Gravedigger Legend is driven by Adam Anderson. Adam is the son of Dennis Anderson. Dennis Anderson is the creator and driver of the original Gravedigger Monster Truck. Got all that???
This year marks the 30 year celebration of Gravedigger, so he was a pretty big deal at the show. Father and son even raced at one point. SOOOO cool! 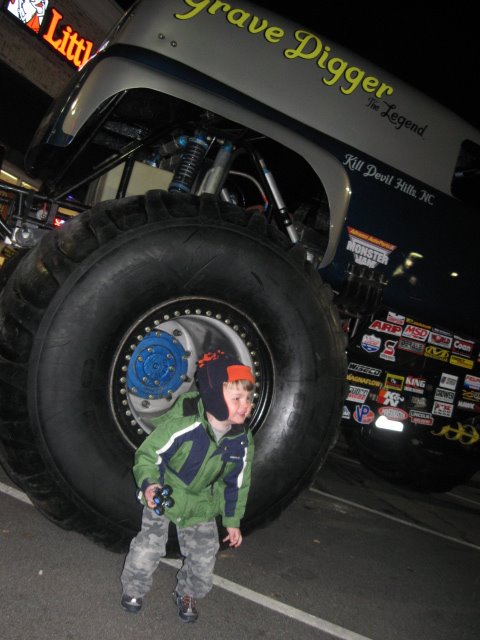 ﻿
If it was not for the fact that it was about 30 degrees outside, I am pretty sure that Blu would never have left that truck. He was in HEAVEN! 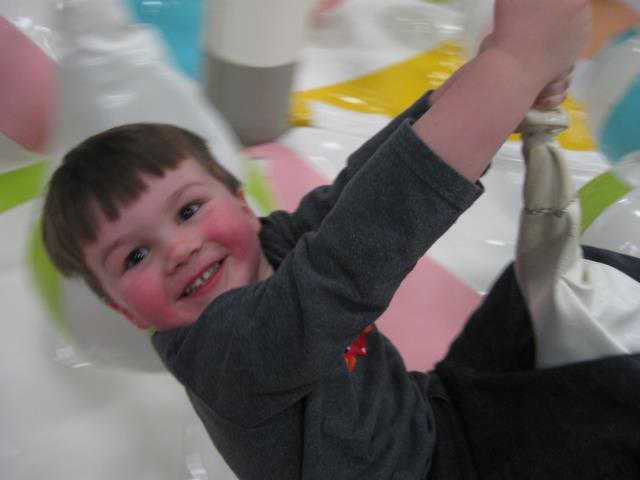 Before the show on Saturday night, we had to make a quick stop at his classmates birthday party. It was a catch air in Marietta. You know, one of those in door bounce house play places? It was really fun. Jack had a ball. He had not had a nap that day and I was hoping that he would sack out on the way downtown.
He did not.
Oh well. Thank goodness he slept late that day. We have been seeing the beginning s of a no nap life. If he sleeps in on the weekends, (something he NEVER used to do), then he can survive without a nap. Makes birthday parties a little easier. Not so sure if it is going to amke my life easier! HA! 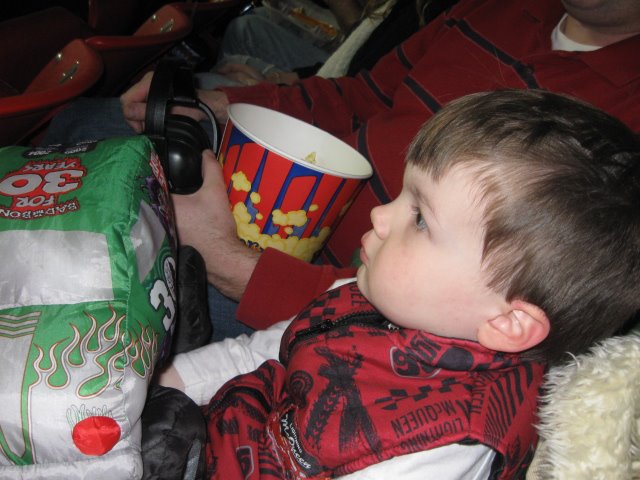 Anyway, we rode MARTA ( blu was in heaven because it was a train) downtown to the show and it was so cool. It was really loud and smelled of fumes and there was popcorn and dipping dots, italian shaved ice, and really expensive souveniers to be had. We all had a ball. We actually left at intermission because Blu said that he was ready to go home. Poor little guy barely made it through the train ride back to the car!
We had a great time! I think tickets for next January are in order!
﻿
Posted by Pickled Blu No comments:

Music and a boy genius!

Ok...so maybe not exactly a genius, but this morning Blu did something that BLEW my mind!!!
We get these CD's from his School. They are a part of his music class program that is taught to all of the children at the school ( even the infants...isn't it great???) . We have a new one and we heard a new song today. It was a familiar piece that they had sort of doctored up to be more child like. It was actually a cat mewing the tune. Anyway. About 3 seconds in...Jack says, "this is like the music in up". HOLY COW! It is the music in UP. You know, the movie. It is the scene from when Carl is getting out of bed and doing his little solo bachelor morning routine...I could NOT BELIEVE that Blu picked up on that. I am so impressed with that young man. He blows my mind everyday, but this was a little bit different. It seemed a little more advanced, you know?
In other news, he has also decided that he CAN in fact be my friend at the same time he is daddy's friend. As of yesterday, it was pretty black and white. He either liked me...or daddy. This morning, I think he turned the corner. He said, "mommy, I am your friend AND daddy's friend". Whew....glad we got that out of the way.
Posted by Pickled Blu No comments: 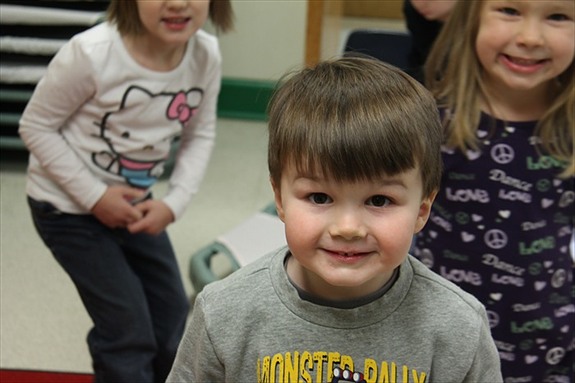 Before I was ever even pregnant, I knew that if I had to work, I would keep Blu in an initimate "at home" environment until he was about 3 years old, but at 3, I would want him to start experiencing school. In my dreams, that intimate "at home" environment would have been my very own home. The reality is, he has been with Mrs. Kim since he was 8 weeks old. I am sure that in this economy, I am not the only one who has had to reconcile dreams with harsh reality!  Kim has a licensed in home day care and she is the absolute BEST! We are so lucky that we found her. Blu just adores her and still talks about her and I am sure will always love her! This past summer, Blu turned 3, and I knew the time had come to expose him to a more school like environment with more children his age. That is when I found Primrose. 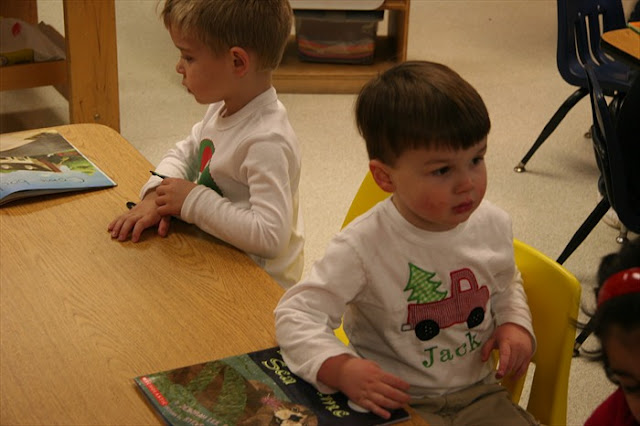 Blu has always been very outgoing. I knew that he would love school...my hope was that school would love his wild ways too! 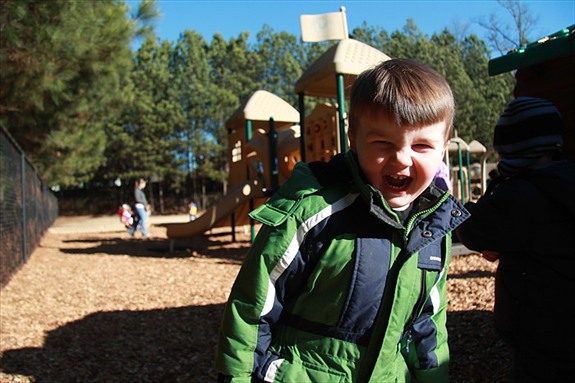 There has been some ups and downs adjusting, but it has been mostly ups. He LOVES school. He learns so much it BLOWS my mind. I am so impressed with all that thay do there. Let's face it, I took him there in diapers, and two days later he was potty trained. Jealous?
WORTH EVERY PENNY!
That was just the beginning...he is speaking and counting in spanish, he can spell his name, he is singing songs, learning all of those valuable life lessons such as sharing, being kind, making friends... 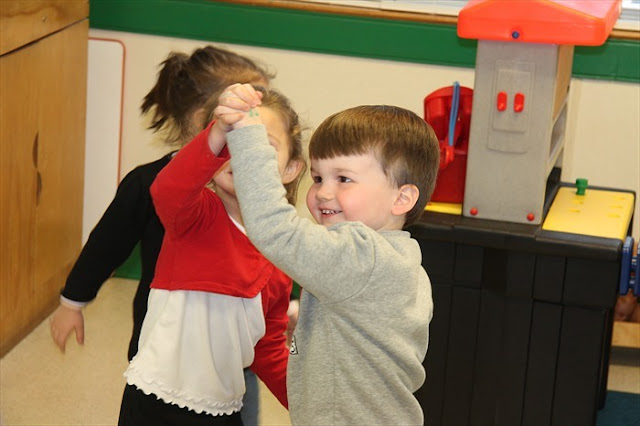 ...and he has made a couple of very special friends.... 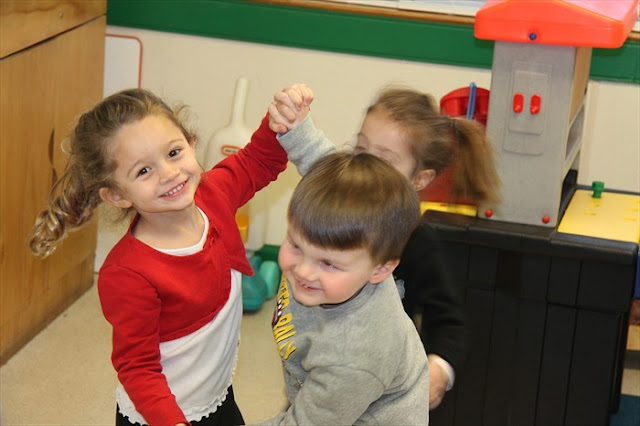 I am often sad that he has to spend such long days away from us. We drop him off at about 7:30 and pick him up at about 5:30. Ten hours is a very long day for a 3 year old. In my opinion anyway...
BUT, if I HAVE to leave him for that long, I am glad to have Primrose.
He is so happy! 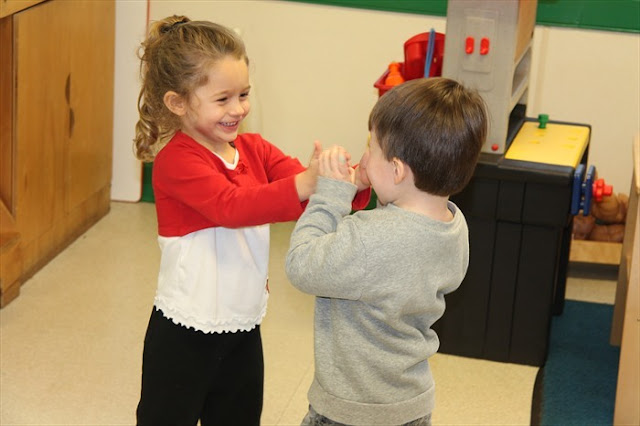 My Primrose, Kennesaw North, has an awesome website that I can go to view pictures of him that are taken at school. That is where all of these pictures came from...isn't is awesome?
Posted by Pickled Blu 1 comment: 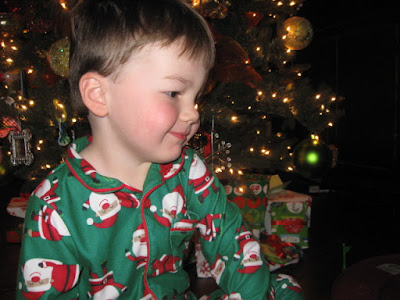 Our Christmas morning was AWESOME! 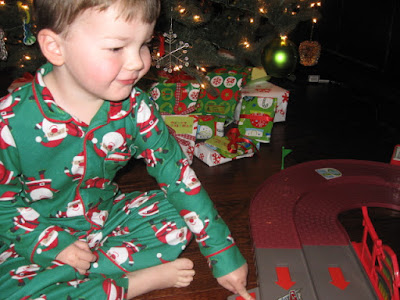 Blu was so proud that Santa came to see him! 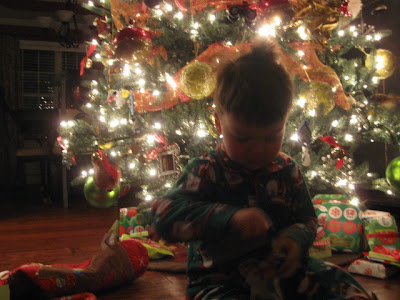 Momma and daddy were a little on the tired side...
Poor Blu was up half of the night coughing and momma in her kerchief lay in fear that he was going to decide to get out of bed and catch Santa in the middle of the night! 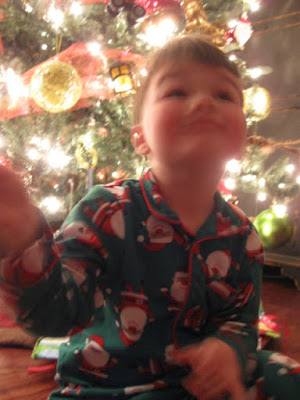 But it was worth it for all of the smiles! 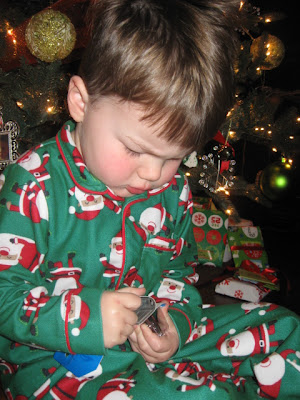 He is so grown up. He could open all of the matchbox cars on his own.
Sniff. Sniff.
Well, here's to the end of one of the worst year's in my record books.
Losing mom will forever define who I was for the past few months and who I will be forever going forward. I just hope that I can continue to grow into this loss and arrive at a comfortable place that will allow me to overcome this constant sadness.
On a completely different note...
This new year is sure to bring nothing but goodness!
We are anxiously awaiting the arrival of Blu's little brother or sister.
The boy or girl part should be determined on Monday the 9th and I am SOOO excited!
Happy New Year!
﻿
Posted by Pickled Blu 1 comment:

Pickled Blu
We are a family of 4. One adorable little boy we call Blu and now a new precious baby boy that his father has dubbed "checkers"!I have just recently quit my day job and become a work at home mom. This is my attempt at capturing all the little details that can get lost in the whirlwind of life!

The Pickle Tree on Etsy!